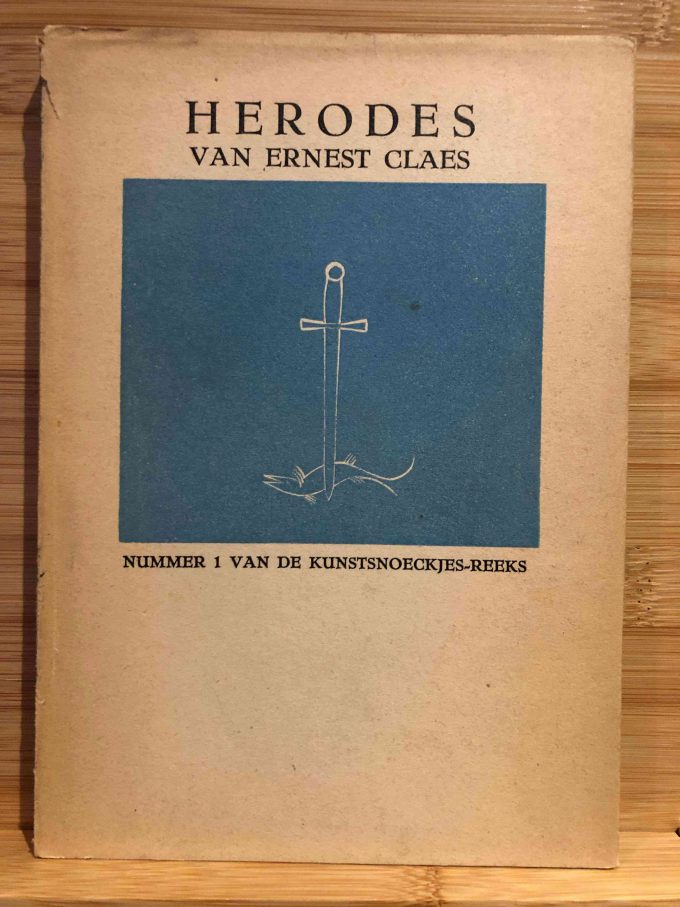 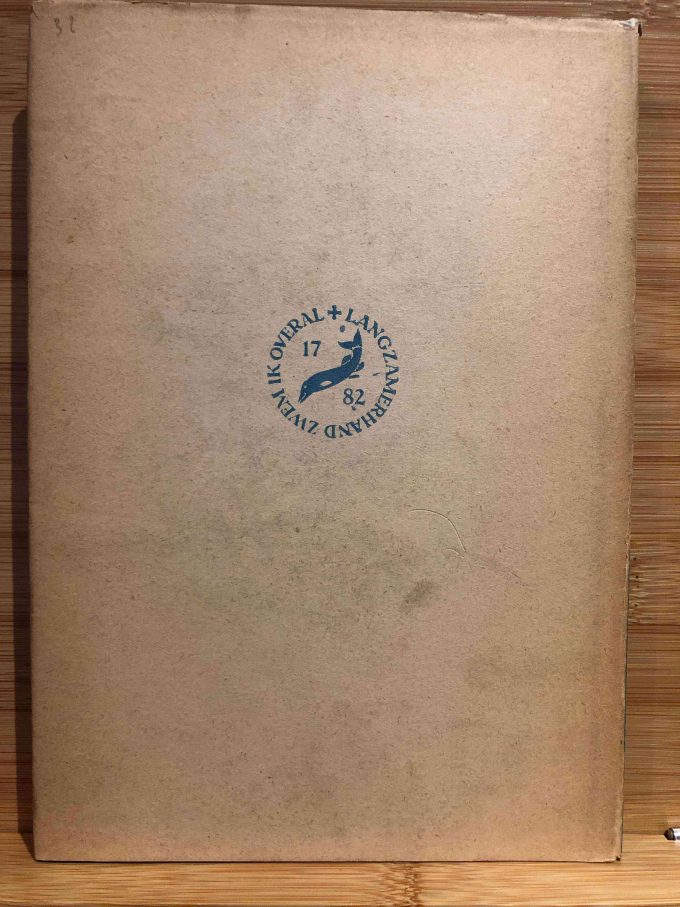 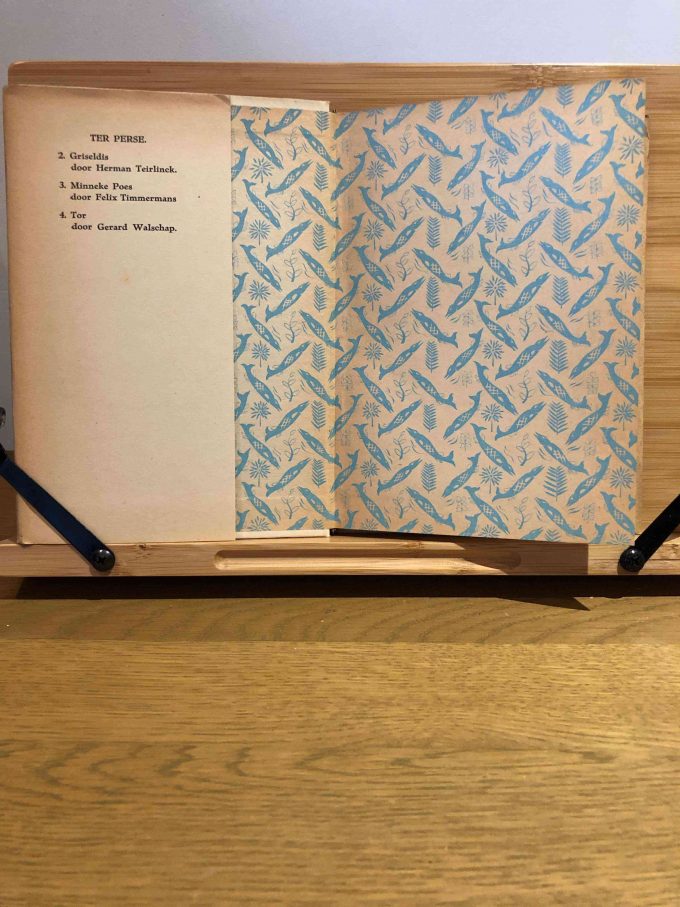 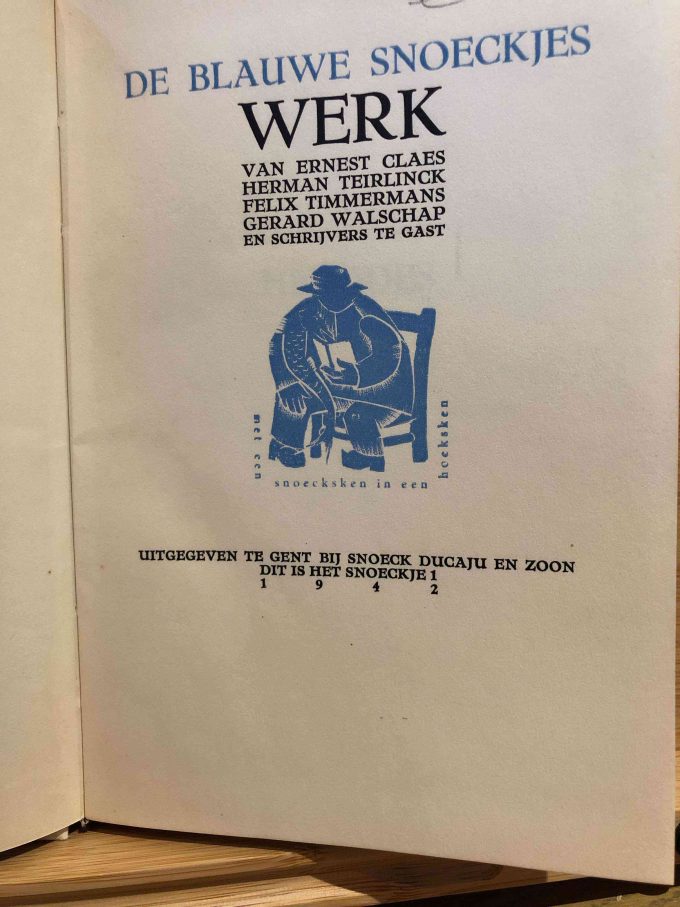 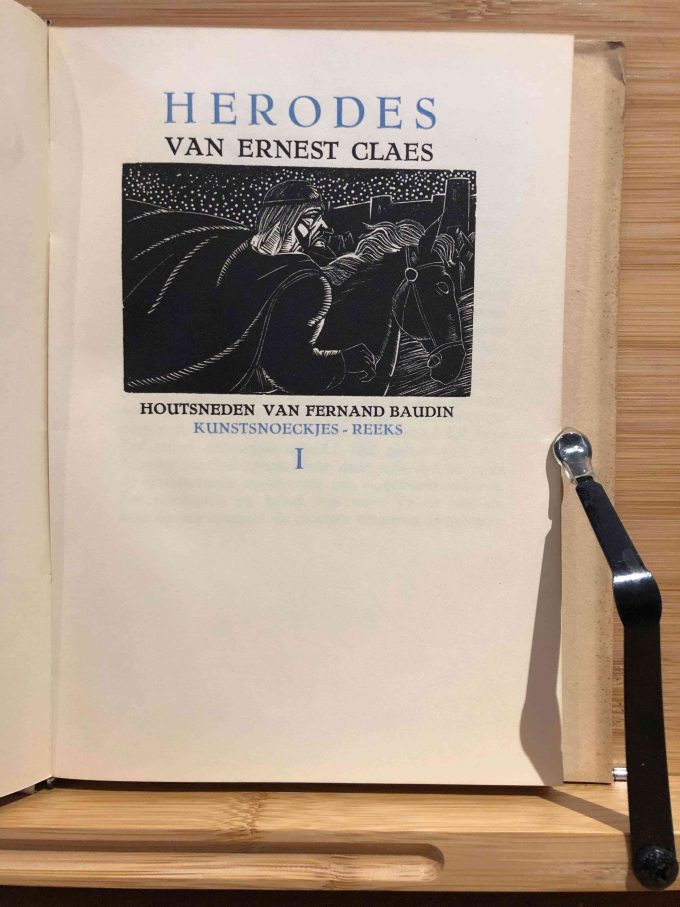 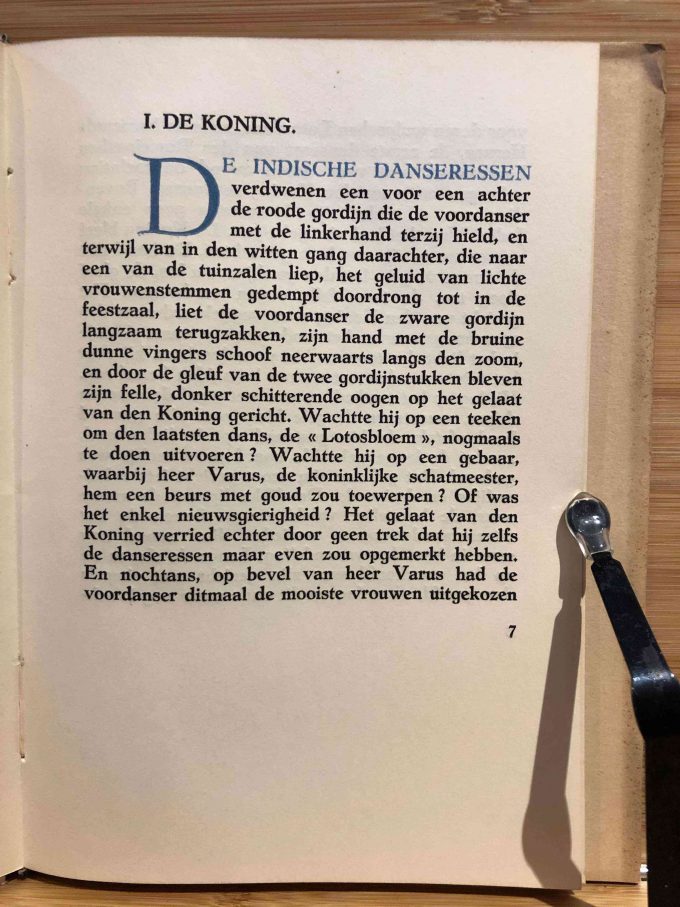 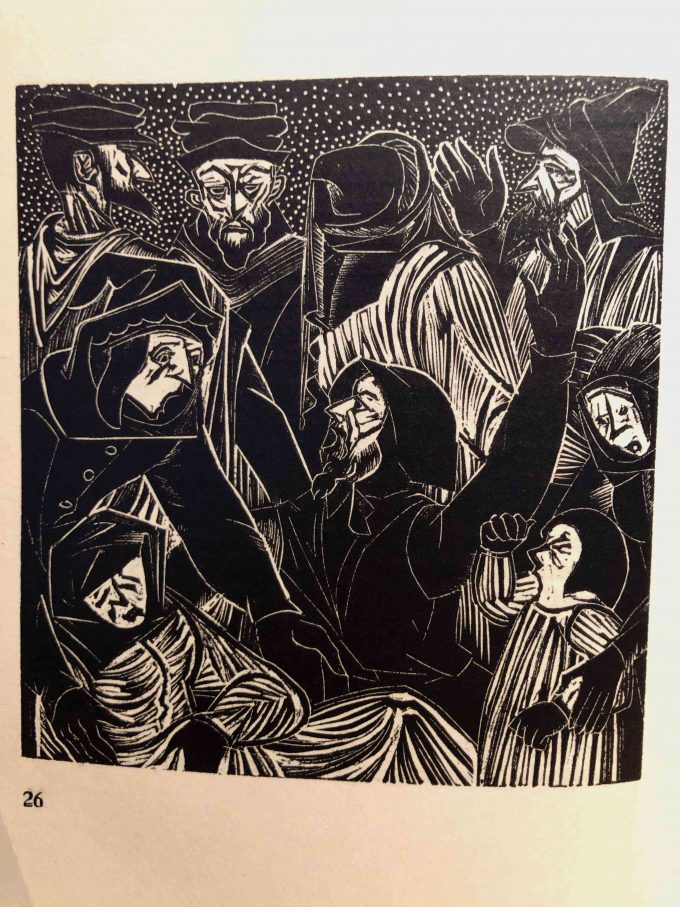 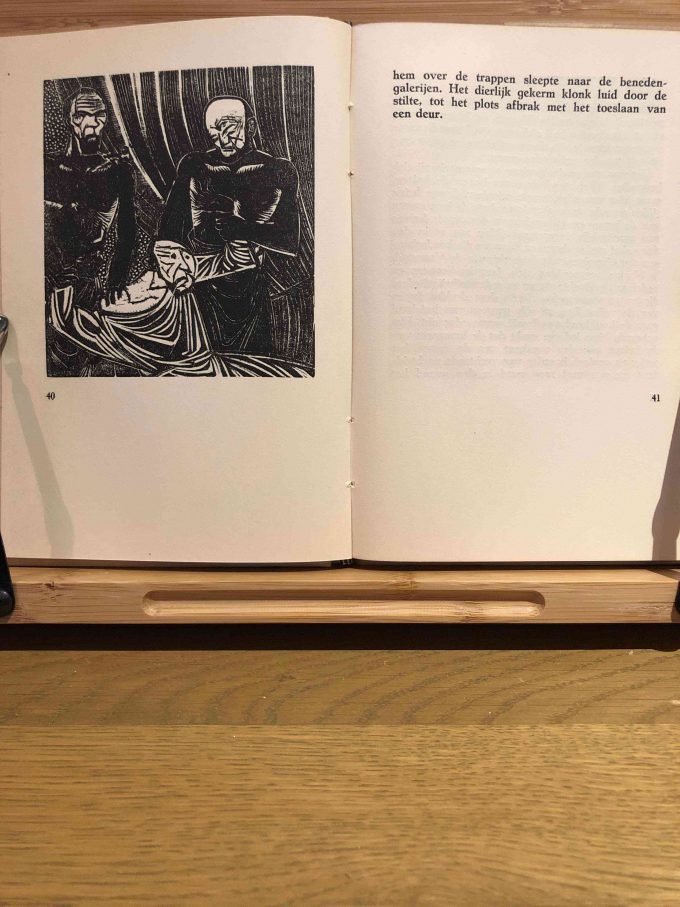 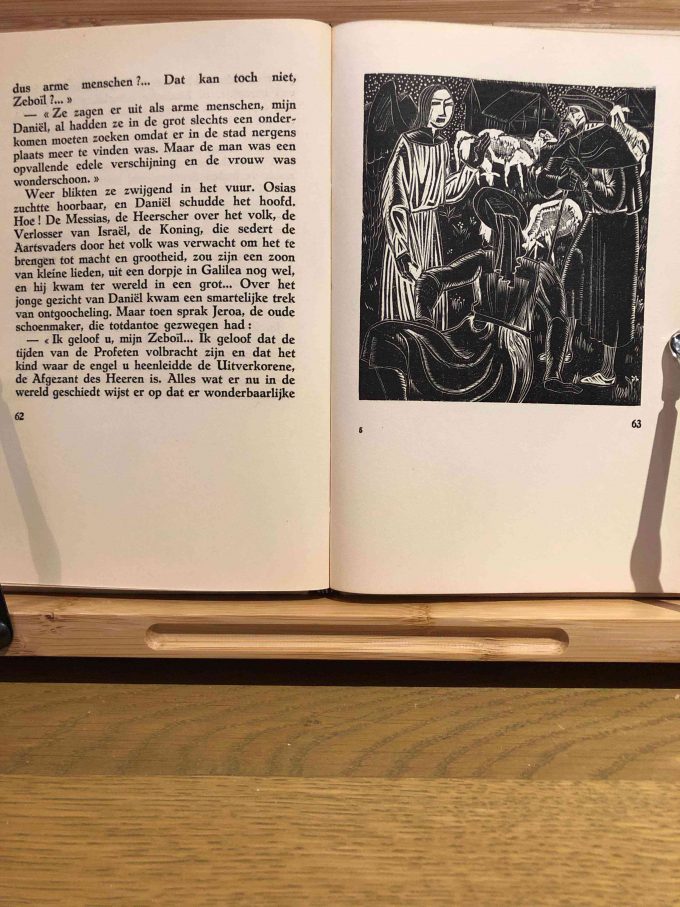 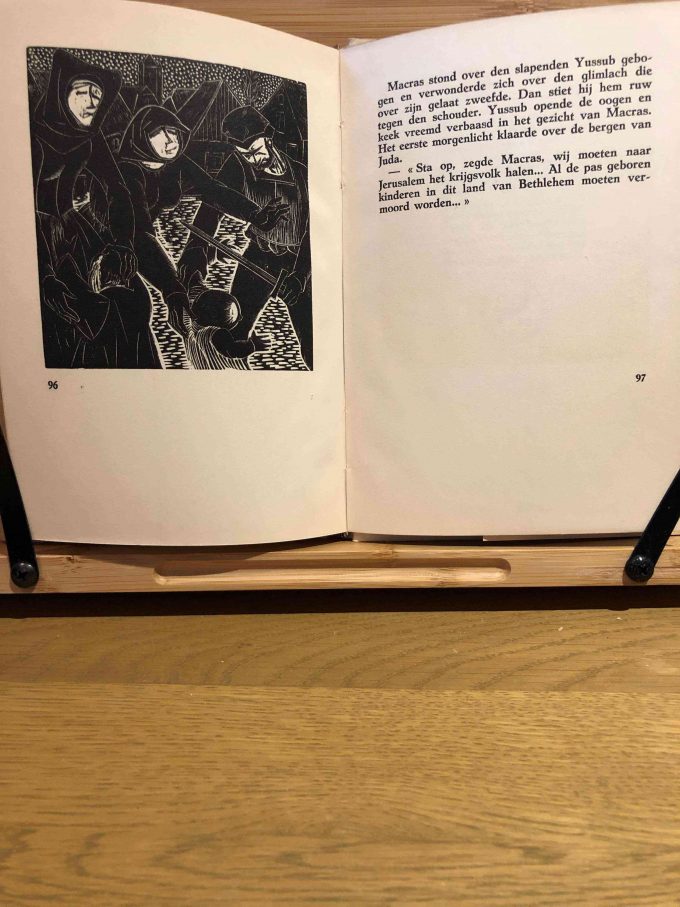 SUMMARY:
Herodes by Ernest Claes is the first volume in a series of stories by Flemish authors, published by Snoeck Decaju en Zoon (1872–2006).
The story itself reads like an odd mix of Game of Thrones meets the New Testament. It starts with the introduction of an evil and anti-semitic oppressor – King Herodes – who is confronted with the news of a new-born king of the Jews that might end his reign, and ends with his decision to have all infants in Bethlehem killed. Given the occupation of Belgium in the 1940s and the dubious relationship of the author with the authorities in that period, I’m not sure what to make of the story’s message.
The book credits the “Nationale Hoogere School voor Bouwkunst en Sierkunsten” for the typographic design, with woodcut illustrations by Fernand Baudin (1918–2005). Baudin was an illustrator, typographer and a book designer who was also active as a teacher and as a member of the ATypI. It’s likely that he is the (uncredited) designer of this book.
The typography of the book uses the semibold (halfvet) weight of Hollandsche Mediaeval, a low-contrast serif by Sjoerd H. de Roos that has been a popular choice in The Netherlands for books in all genres in the 1920s–1940s. In their “Lettertypen” catalogue (seventh edition, undated), Tetterode file the design under “Humanen” (Humanist):
The thick-thin distribution axis is oriented diagonally to the left, as in the manuscript. The serifs ends with a firm, angular cut. These characteristics also show in the Dutch Mediaeval (…). Although this first original Dutch letter from the modern times connects with the roman that Nicolas Jenson used in Venice in 1470, its character is unmistakably twentieth-century..