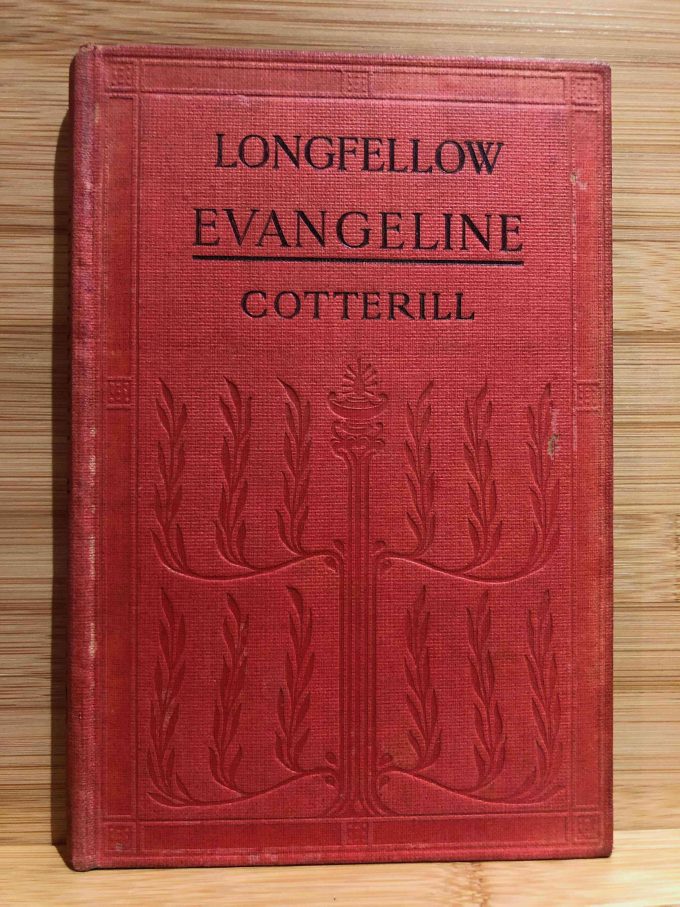 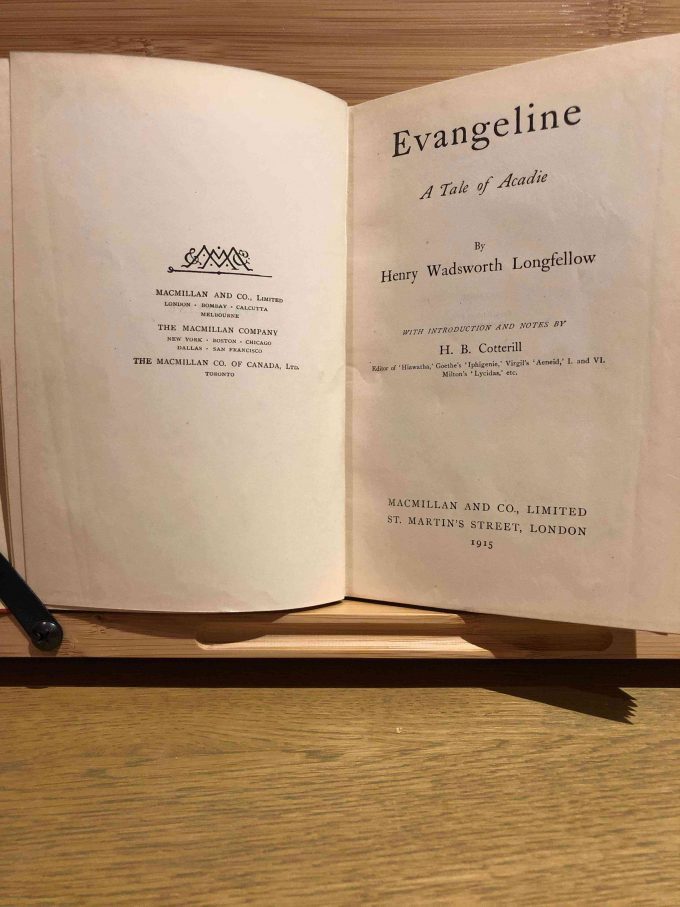 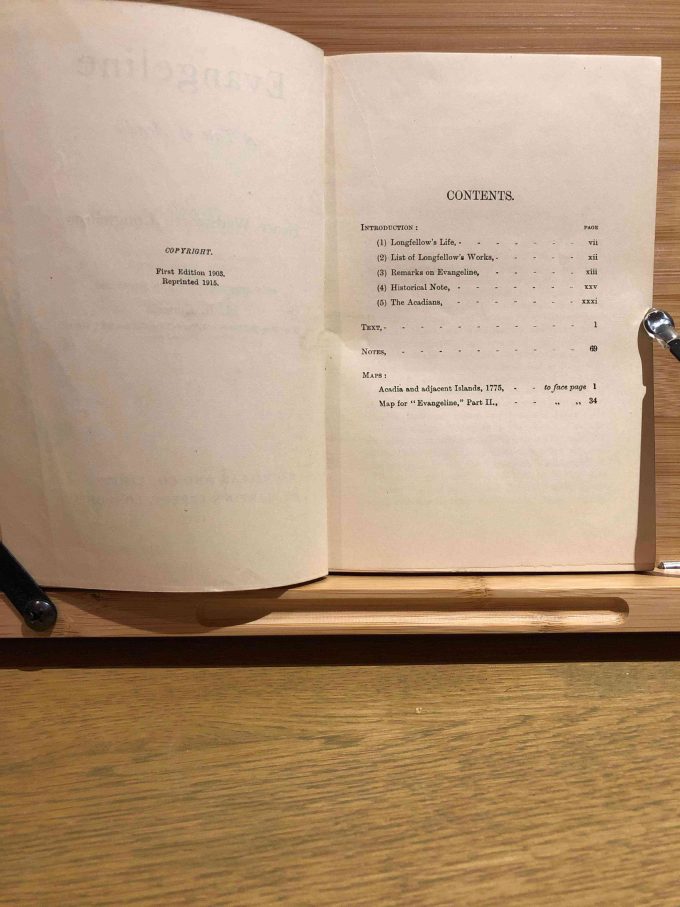 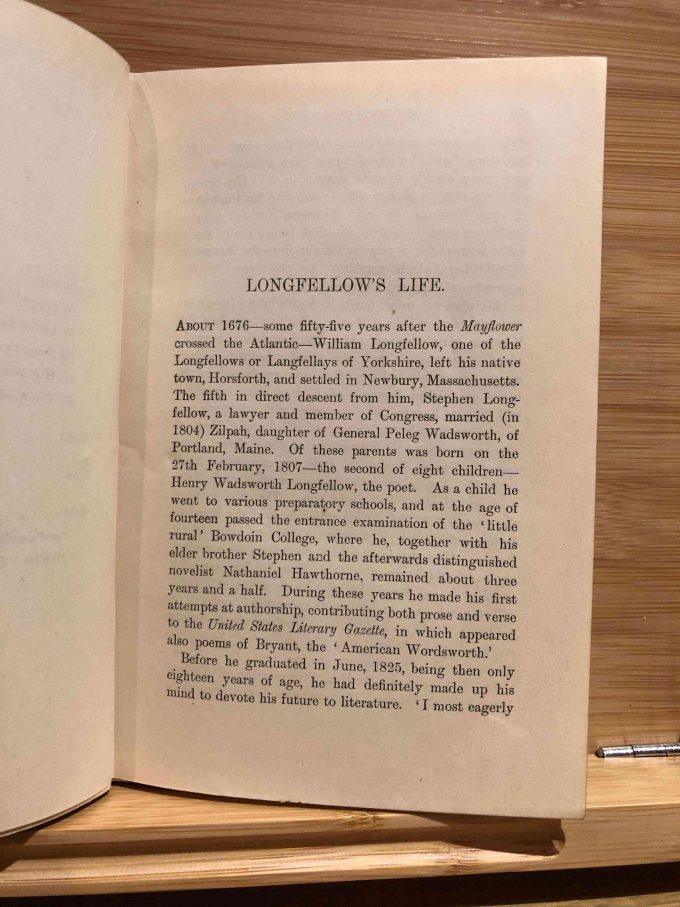 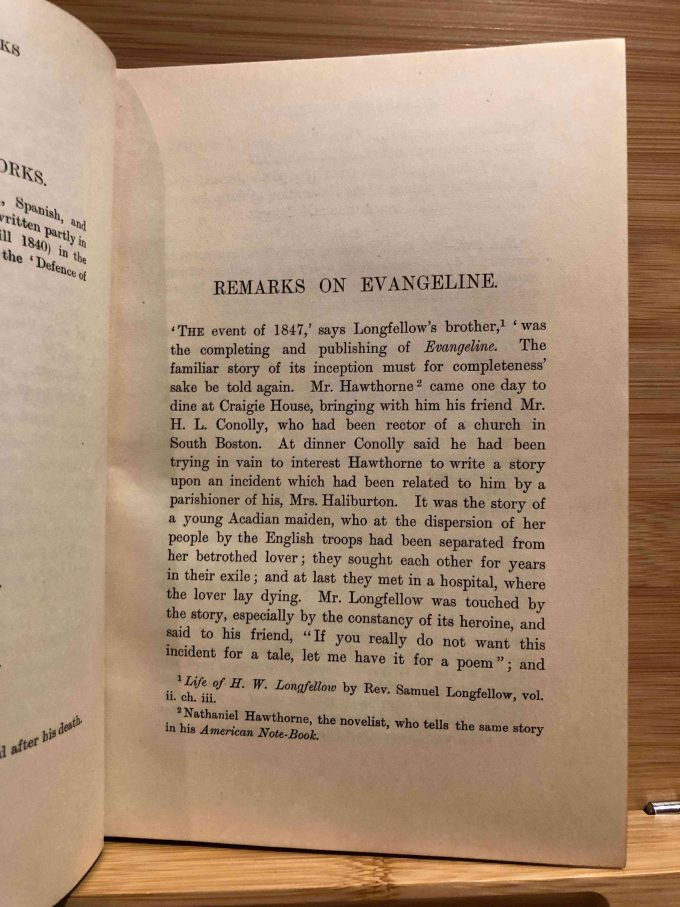 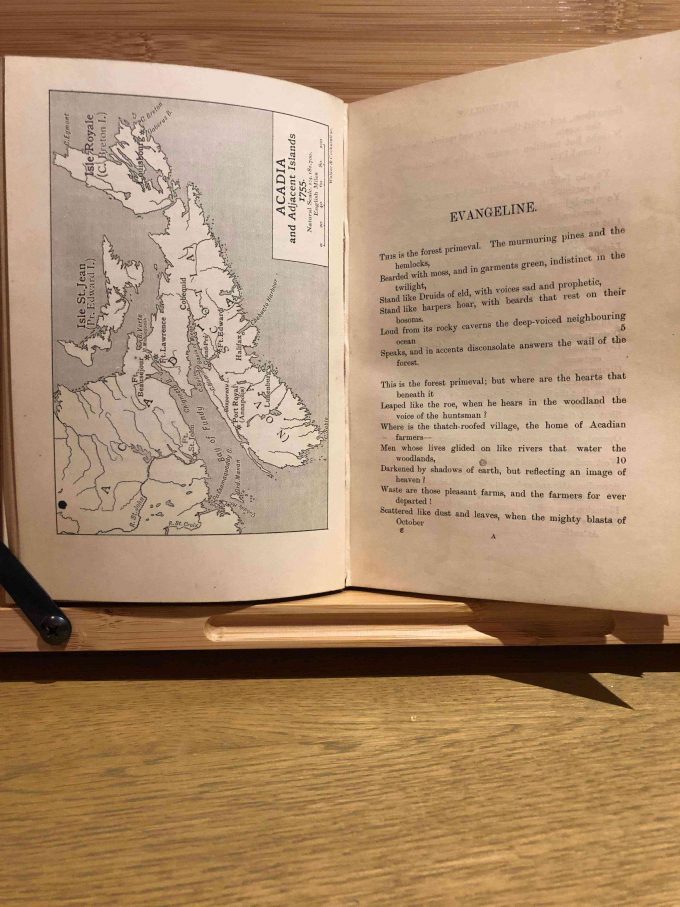 SUMMARY:
Evangeline, A Tale of Acadie is an epic poem by the American poet Henry Wadsworth Longfellow, written in English and published in 1847. The poem follows an Acadian girl named Evangeline and her search for her lost love Gabriel, set during the time of the Expulsion of the Acadians.
The idea for the poem came from Longfellow’s friend Nathaniel Hawthorne. Longfellow used dactylic hexameter, imitating Greek and Latin classics, though the choice was criticized. It became Longfellow’s most famous work in his lifetime and remains one of his most popular and enduring works.
The poem had a powerful effect in defining both Acadian history and identity in the nineteenth and twentieth centuries. More recent scholarship has revealed the historical errors in the poem and the complexity of the Expulsion and those involved, which the poem ignores.

The poem is written in unrhymed dactylic hexameter, possibly inspired by Greek and Latin classics, including Homer, whose work Longfellow was reading at the time he was writing “Evangeline.”[12] He also had recently, in 1841, translated “The Children of the Lord’s Supper,” a poem by Swedish writer Esaias Tegnér, which also used this meter.[12] Evangeline is one of the few nineteenth-century compositions in that meter which is still read today..