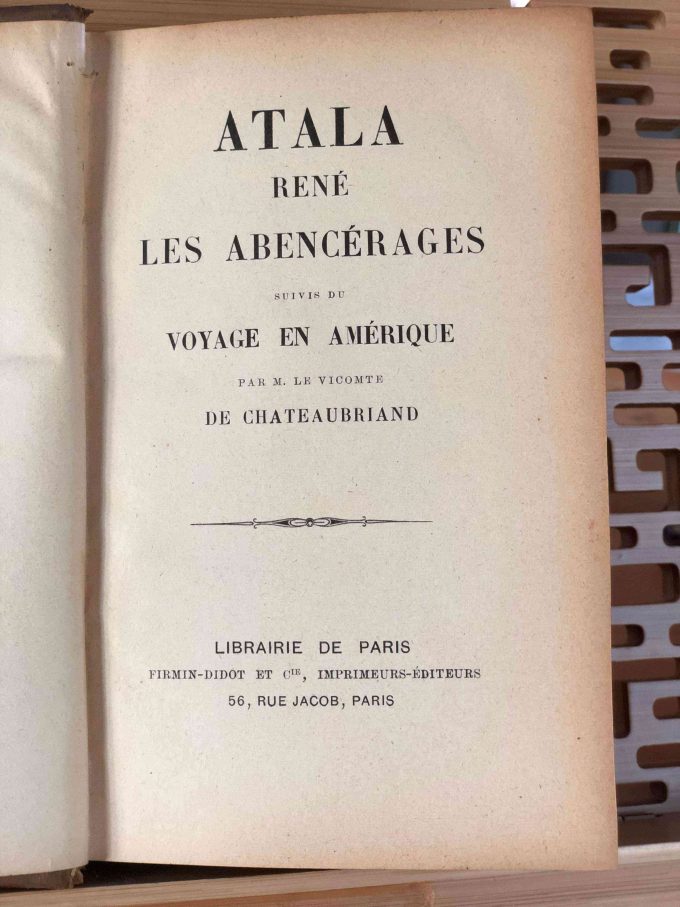 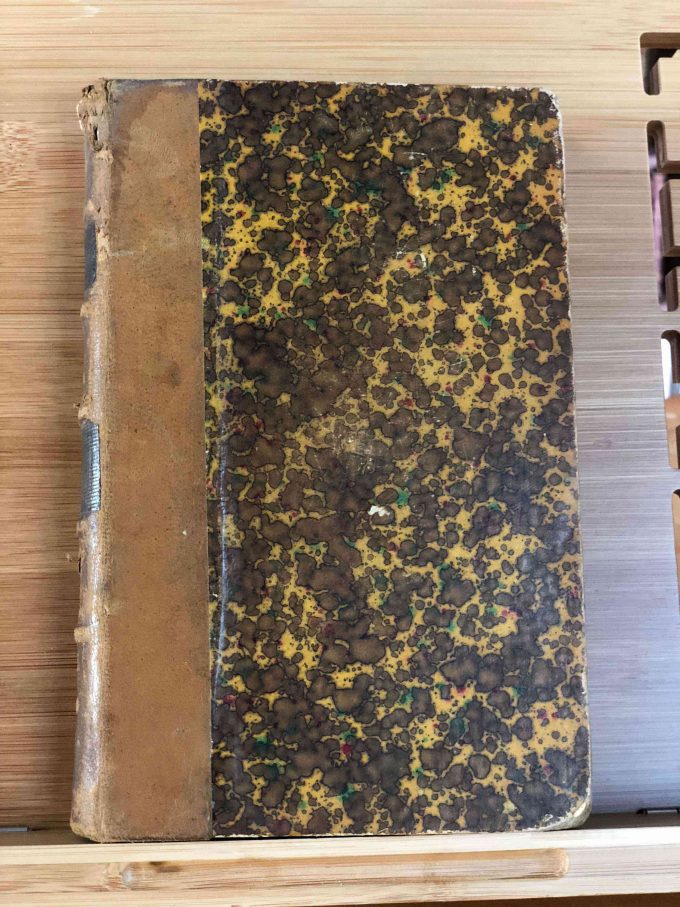 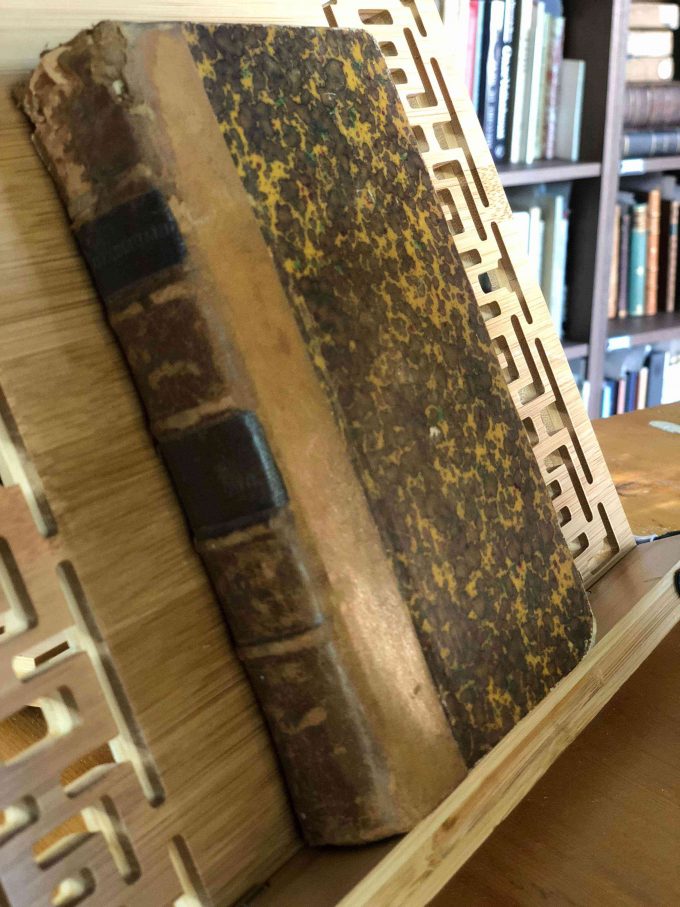 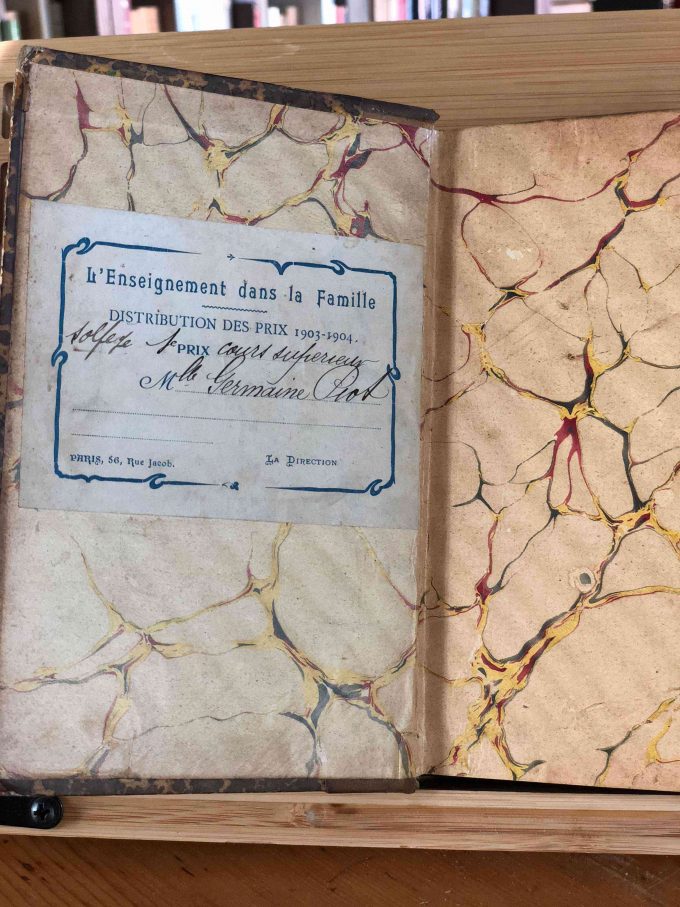 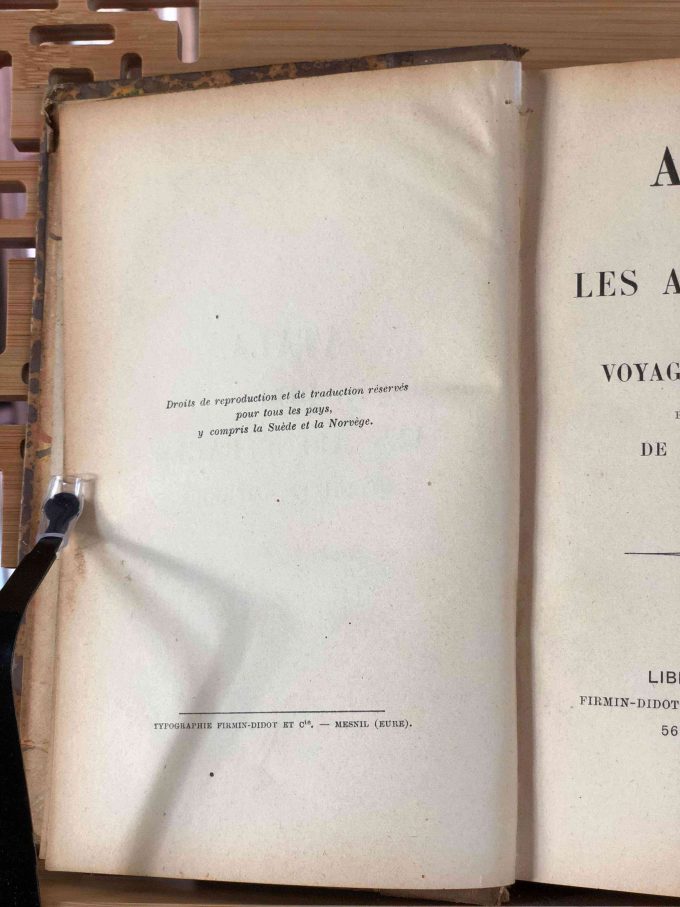 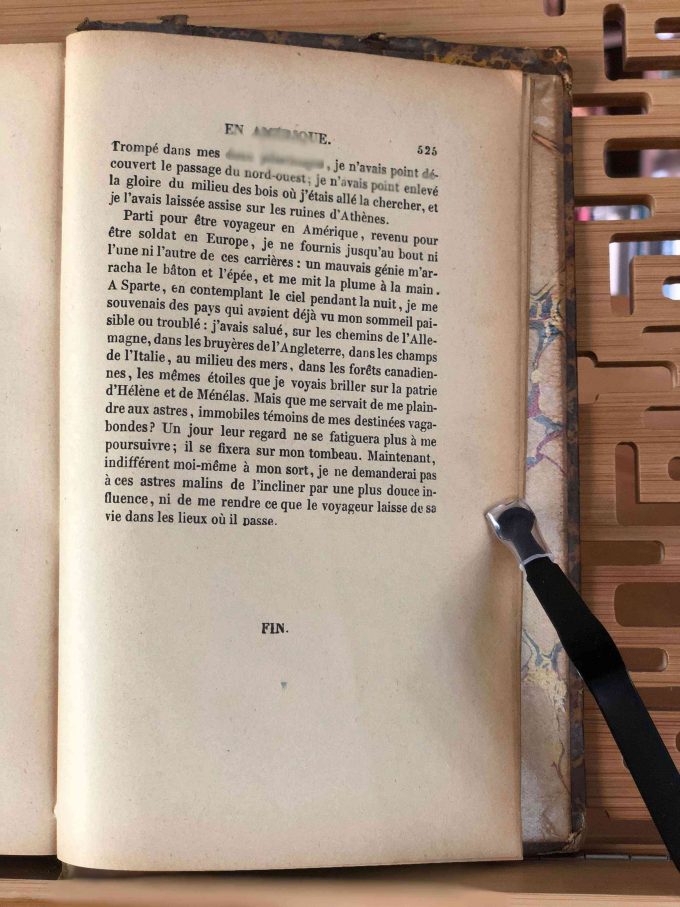 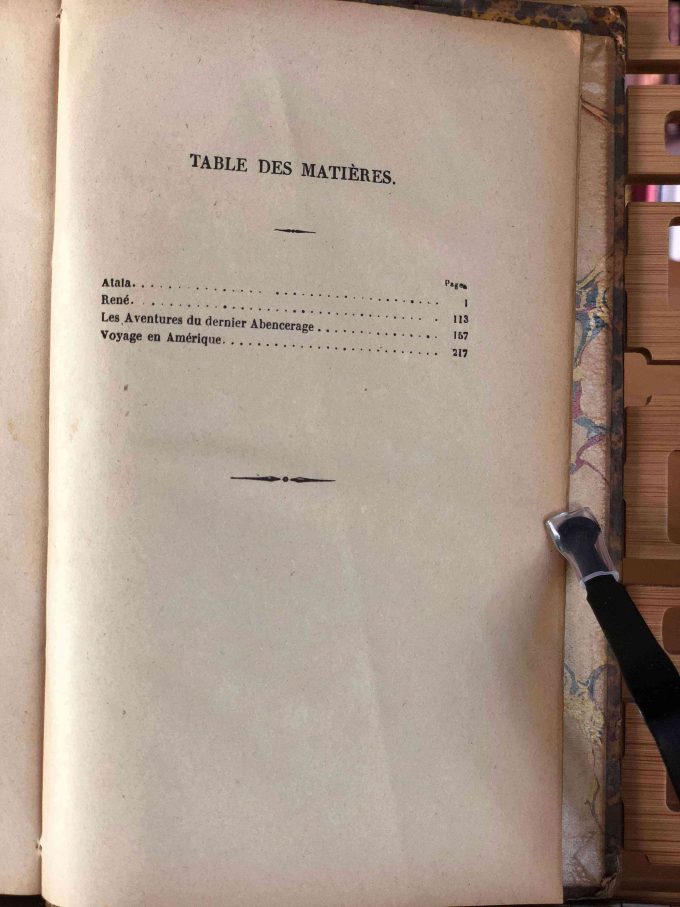 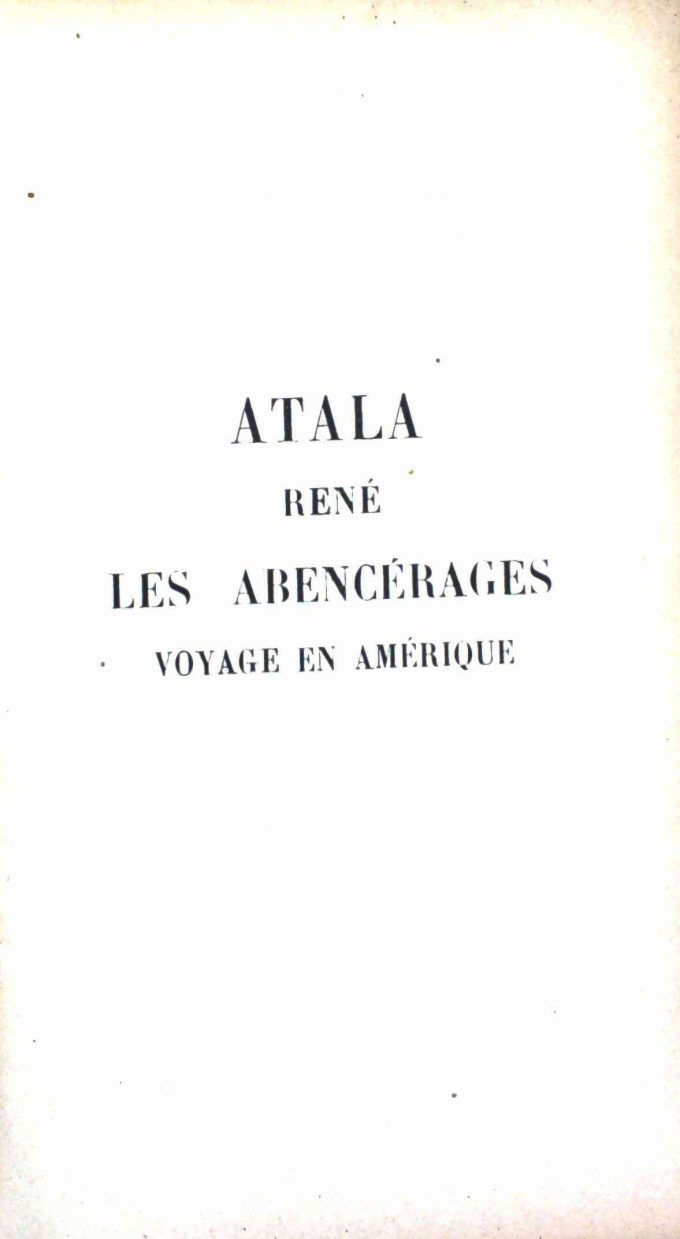 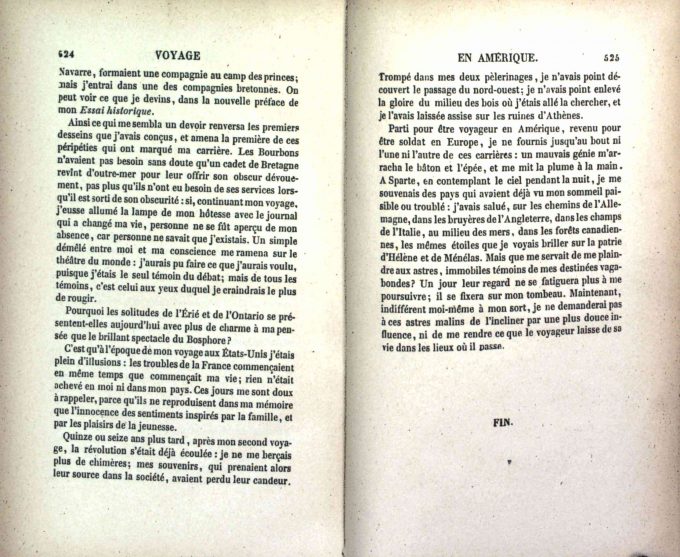 BIBLIOGRAPHY: François-René, vicomte de Chateaubriand; 4 September 1768 – 4 July 1848), was a French writer, politician, diplomat and historian who founded Romanticism in French literature. Descended from an old aristocratic family from Brittany, Chateaubriand was a royalist by political disposition. In an age when a number of intellectuals turned against the Church, he authored the Génie du christianisme in defense of the Catholic faith. His works include the autobiography Mémoires d’Outre-Tombe (“Memoirs from Beyond the Grave”), published posthumously in 1849–1850.
Historian Peter Gay says that Chateaubriand saw himself as the greatest lover, the greatest writer, and the greatest philosopher of his age. Gay states that Chateaubriand “dominated the literary scene in France in the first half of the nineteenth century.”. Provenance: Received by Germaine Piot as a first price for “Solfège” [musical theory course].